A police service, not a police force 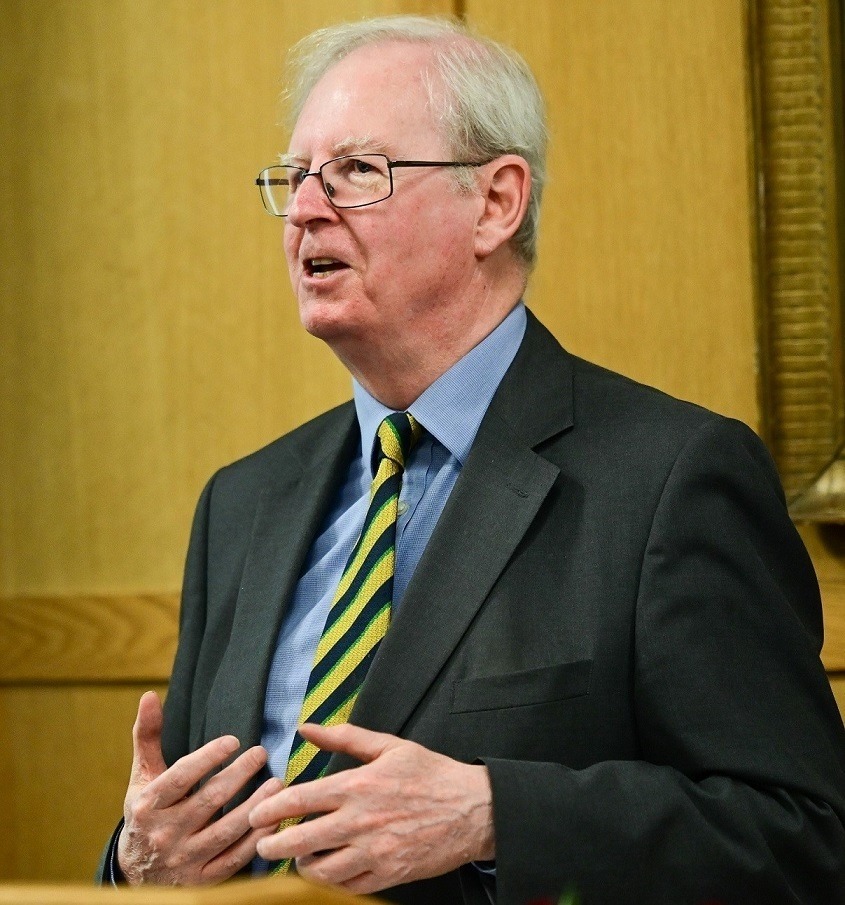 Experienced County Councillor John Howson is the Liberal Democrat candidate for the Police and Crime Commissioner elections on May 6th.

John, who has extensive experience representing residents in Oxfordshire, has highlighted the failure of Thames Valley Police to hit its own target to reduce knife crime. He is supporting the campaign to end suspicion-less ‘stop and search’ and will increase funding for victim support.

For too long, Thames Valley have not solved enough crimes. If elected, John will ensure that they have the resources to improve this, including protecting the number of frontline police officers.

During their time in office the current Conservative PCC has raised their allocation of council tax by close to 50%, while cutting the number of officers available to police our streets. John promises to provide value for money, and to protect vital services.

John has announced he has no plans to merge fire and rescue services with the police. Even though powers have been given to Police and Crime Commissioners to do this. The Conservatives have failed to give clarity on this issue.

Vote for Cllr John Howson on May 6th for more accountability, experience and to put victims first.

You can find out more about Cllr John Howson and the Police and Crime Commissioner elections by contacting John at:

[email protected] or by visiting www.oxonlibdems.uk/JohnHowsonPCC for news updates.

Milton Keynes Liberal Democrats are proud to support the eight manifesto priorities for the May Local Council Elections.

Link to manifesto page
Link to download PDF of the manifesto 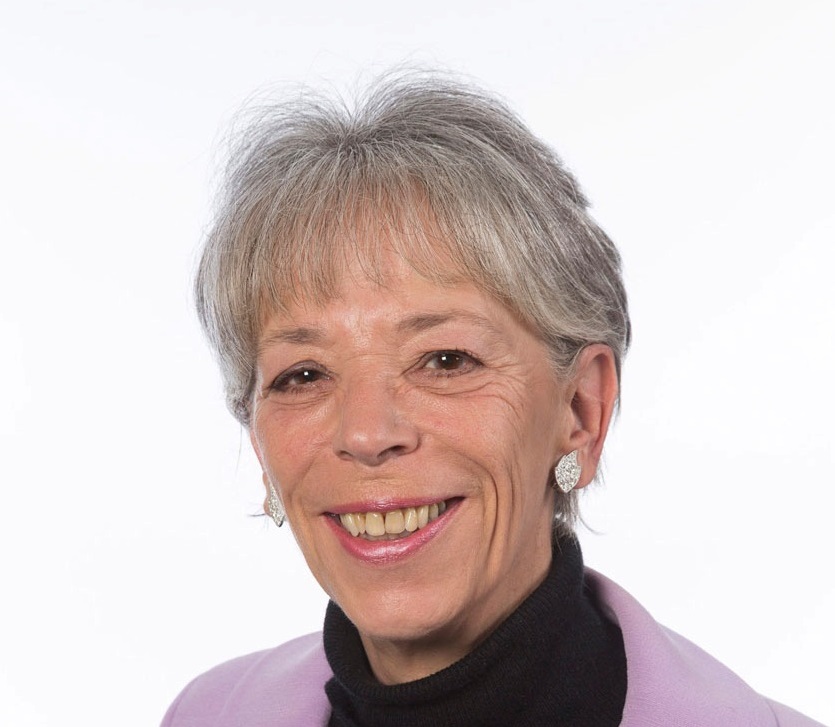 She is known as the person who “gets things done” and has helped many many residents get their issues solved. Vanessa, a retired trainer and business woman, campaigns to keep the local environment safe, clean and green for residents. She is also an active member of local bus and rail user groups.

As a grandparent, she is passionate about the facilities and services children and young people need. In her share time, she is a keen spectator of football and cricket.

MK Council wants to build some Council homes on the waste land between the allotments and the playing fields at Kents Hill. Kents Hill has no Council homes at all, which means local people needing affordable housing have a very long wait, or have to move elsewhere.

The Council is consulting now about the “development brief” which lines up the planning policies which will apply. See the proposals, and have your say at www.milton-keynes.gov.uk/consultations/629 The deadline is 22 March.

The final version of the brief will be decided sometime in June, and after that they will develop actual plans. Residents will be consulted at that stage too. They hope to get a planning application approved by around Christmas, and then development will start mid 2022.

They hope to use a new construction design approach, Wikihouses, which really speeds up the build time, so it could be finished over the winter of 2022-23.

Ideas also include offering some homes as shared ownership, where the residents will put time in, rather than money, as apprentices learning the build skills, and build their own homes, which is much easier with this method. They can then go on to work on other sites in MK.

Please let us know if you have any concerns, or if you want to be kept informed at each stage.

Jenni Ferrans won cross party support to object to this and get it right for Milton Keynes. But the Government will make the decision.

The Conservative Government are planning big changes to the planning system, including less local control, quicker decisions and set targets for building. This will mean less affordable housing and planning committees potentially stopped. Residents and councillors will have no opportunity to complain about many planning applications. This will also mean many estates will look the same, with no local atmosphere or identity – Plastic Communities. Jenni Ferrans has been looking at the implications in the White Paper entitled Planning for the Future.

“The Government want to change the planning system, meaning the Government will tell Milton Keynes Council how many houses to build and developers can build what they like. Local people will have no say”. Jenni is keen for local voices to be heard; she is worried we will have big estates with no facilities. Usually, developers have to provide a grant to help build doctors surgeries and schools, (Section 106). “This system will mean we lose all that, leaving it to the Government to tell us how our streets and homes will look like and what services and infrastructure, from roads and parks, to schools and local centres, we get.”

Please let your MP know what you think of the new proposals – and copy us in your email! Thanks.

We have all been emptying our garages, lofts, and gardens, meaning more trips to the tip. Some residents have reported difficulties in getting a timed slot, so the Liberal Democrats have pushed for more. Cllr Vanessa McPake wants to encourage people to recycle more but we also need to get rid of our clutter somewhere. “We are listening to views and pushing for more slots.”

Many of our libraries have had to close, which has impacted on many who enjoy the service. The Lib Dems want to keep Libraries open as they feel they offer an important service, so Leo Montague has been finding out what the librarians were doing during lockdown. “The library staff have been very busy helping with essential services such as taking calls from vulnerable residents to make sure they get food parcels. We want to thank them, as many residents contacted us needing help.” In the meantime, the Click and Collect service is available free, so you can ask for any book to be delivered to your local library to collect.

As MK grows, we have to make sure that school places keep up. Whilst most of us were working from home the builders of Watling Academy continued to make sure the school was ready on time. Peter Cannon visited the site to check on progress. “We are blown away at the scale of this project, it’s fantastic. The team have worked miracles, getting materials, and keeping everyone safe on site. The school will be amazing, and I’d like to thank them for the hard work”.

Many of our young people need stable housing. The YMCA are now offering homes to young people with the most problems. Marie Bradburn chairs the Corporate Parenting Panel and went along to see the service. “It’s fantastic and offers a real start for our most vulnerable young people. We have to continue to support such projects. As councillors we are acting as parents to children in care. I’ve launched the Champions model to encourage councillors to get more involved in their education, health, and well-being. This year has been so bad for young people: we need to support their mental health too.” Jenni Ferrans, who has been appointed as the Young people’s champion says “Recently we got Council support for a Lib Dem motion to provide more help for children as they leave Council care. Now we’re looking at why so many other young people also end up homeless. It has to stop.”

When residents asked for wheelie bins the Lib Dems listened and pressed for a trial. The pilot is operating in several areas across Milton Keynes and some village areas. The results will be published later this spring but the aim is to increase recycling, reduce landfill, but also reduce ripped bags by animals and rubbish being spread across public areas. Vanessa McPake, Lib Dem spokesperson for waste, spoke about the pilot. “We listened to residents and pushed for this pilot, so we want to hear how it’s going. What goes in the new bins is a little different, so please read the instructions carefully.” 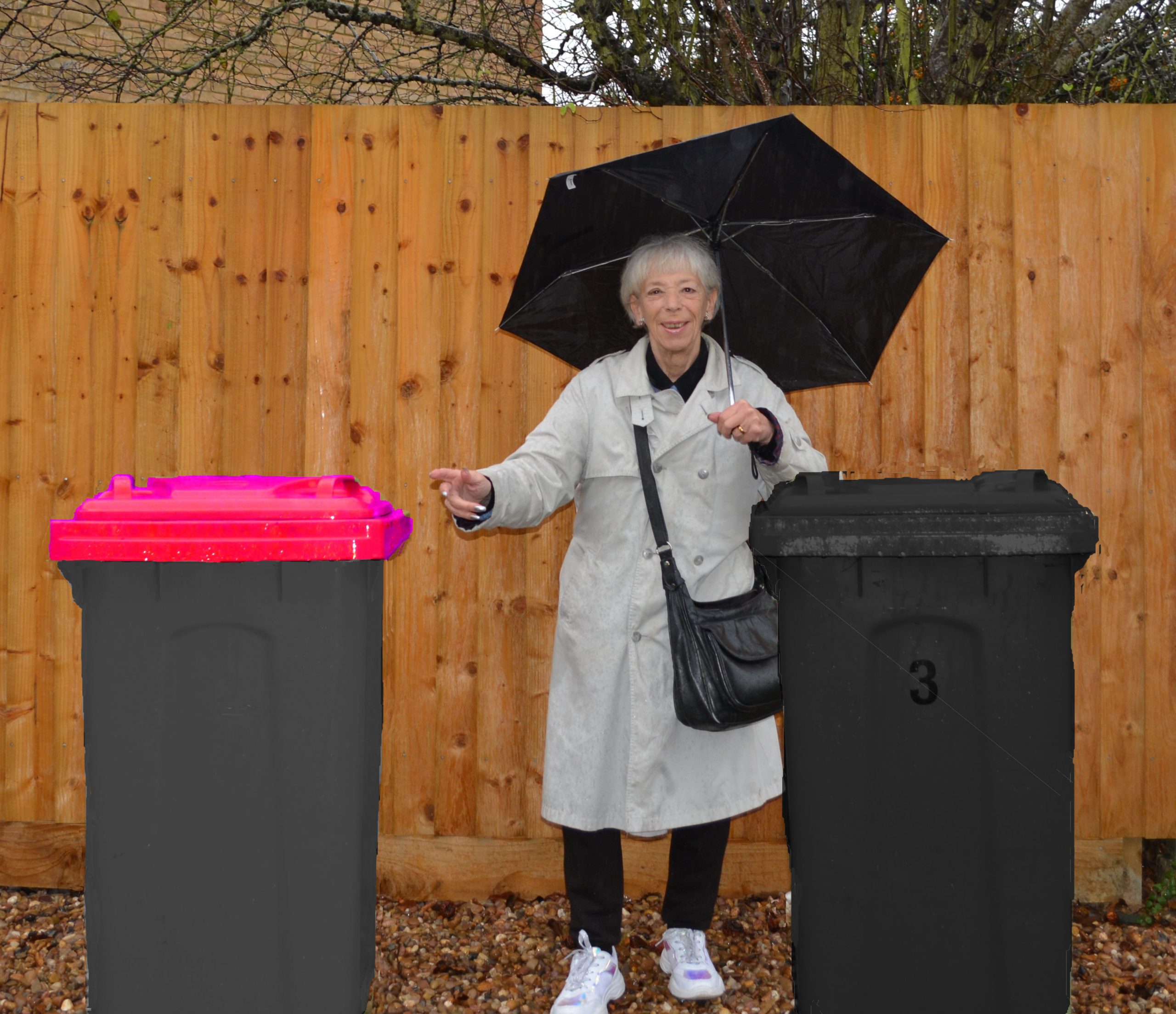 We asked what options were available for elderly or less mobile residents. Vanessa explained “Bins and boxes are available, so if you are having problems, please let us know. Anyone unable to manage the bins or boxes can ask for an Assisted Collection.”

Emergency help, Foodbank Xtra, housing the homeless, keeping buses running, controlling outbreaks, and much more has cost MK Council and the country extra during COVID. Income from businesses, parking charges and more people needing to claim beneﬁt discounts so the council is under pressure. It will all have to be paid for eventually, probably in higher taxes or cuts in services. Councils face the most uncertain budgets ever over the next few years.

The Lib Dems want to protect services for our children, like nurseries and children’s centres, and also help for the homelessness, hardships grants and return to work training. We interviewed Robin Bradburn, Lib Dem spokesperson for finance, who said. “This year, the Government has frozen Council funding, but the Government has given us no idea what funding we might get in future years, and have said they want to reduce it, so we’re having to look at every service. We’ll make cuts to the oﬃce admin, but some services are likely to be cut too, so what would YOU protect? Leisure centres and libraries, grass cutting and street cleaning, or public transport? Could we charge more for garden waste collection or parking in CMK?” Tell us what’s important to you.

Have your say on what should be protected overleaf, by completing our survey at www.tinyurl.com/mkldbudget.